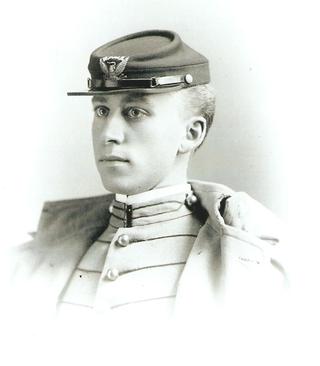 Benjamin Koehler in his West Point uniform in 1893. He would be vilified in 1914 as an alleged homosexual when he showed more interest in his work as the commander of an Army post than in women. Photo courtesy of Mary Elke, Koehler's great-niece. 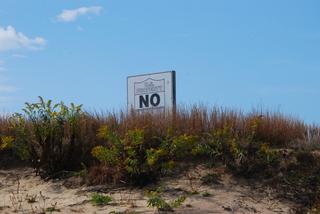 Plum Island is still owned by the United States government. Now it's the site of a classified animal disease laboratory. 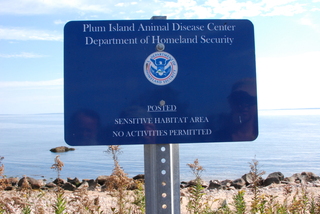 Secrecy surrounding the Plum Island Animal Disease Center has led to much speculation about the nature of the work conducted there. Scandal on Plum Island tells the story of an earlier secret on the island involving the island's top human. 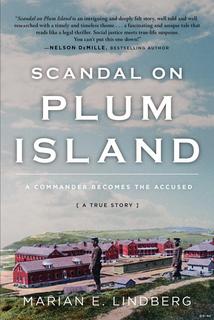 Scandal on Plum Island tells the tragic story of Major Benjamin M. Koehler, a distinguished Army officer who was blindsided by charges of homoerotic behavior in 1914. "A couple of officers whom Ben has had occasion to correct have gotten a dozen or more soldiers to swear to a lot of lies," wrote Koehler's educated sister, who lived with him on Plum Island, NY, where Ben served as commander of Fort Terry, a 700-soldier coast defense post.

Newspapers called the case "sensational" and covered it daily, even though the proceedings were held in secret, "but it's the larger theme that distinguishes Lindberg's fascinating book, a cultural history of masculinity at the turn of the 20th century," says Joan Baum in a review for NPR station WSHU-FM. Male angst and malice united in Ben Koehler's prosecution, in ways still playing out today in the misunderstandings that divide our country.

Although Scandal on Plum Island deals with serious themes, it "reads like a legal thriller," as Nelson DeMille put it. 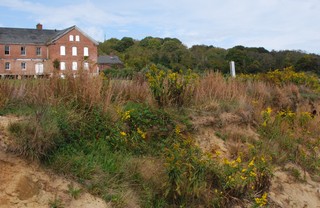 Former barracks of Fort Terry. The sound of waves crashing on the beach lulled hundreds of soldiers to sleep. Most of them respected the commander--but a small clique of men he had disciplined wanted him gone. Charges of gropings and lewd talk were their chosen way of trying to accomplish their goal. 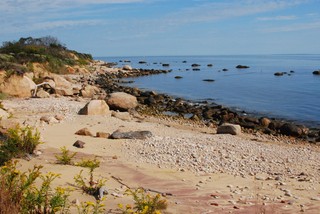 One of Plum Island's many beaches. Over 220 bird species have been seen on the island, seals haul out on its shores, and the plant diversity is significant. No wonder environmentalists are seeking to open the island for limited public access and scientific research after the Plum Island Animal Disease Center moves to Kansas in 2023.